From books and art to beer and revelry: DUBLIN

Dublin’s streets seem to echo the words of poets, playwrights, novelists…James Joyce, Oscar Wilde, Jonathan Swift, William Butler Yeats, George Bernard Shaw, Samuel Beckett. Their statues also seem to greet you everywhere, from a louche-looking Wilde lounging upon a rock in Merrion Square (in a natty pink-and-green smoking jacket) to a bespectacled Joyce musing in the courtyard of the Merrion Hotel.

The conversations continue with these colourful ﬁgures of literature in the Dublin Writers Museum (writersmuseum.com), where their verse and letters are showcased within an original 18th-century house. On the other side of the Liffey River, across the slender arch and ironwork of the pedestrian Ha’penny Bridge (named so because that’s what it used to cost to cross it when it opened in 1816), and in another graceful Georgian building, is the whimsical Little Museum of Dublin (littlemuseum.ie). The lively guided tour is a celebration of the city’s charming, somewhat ribald character and history, from its ofﬁcial founding in 988 AD to the days of U2 (with a pack of U2 condoms on exhibit) and the ﬁrst woman elected as President of Ireland, Mary Robinson, who famously said: “I was elected by the women of Ireland, who instead of rocking the cradle, rocked the system.”

More of Dublin’s bewitching personality is on display in the Temple Bar neighbourhood (a reference to the old word for a raised sandbank, “barr,” as well as the man who settled here in 1599, Sir William Temple). Today, the network of cobblestone streets and lanes is full of pubs, including the eponymous Temple Bar (site of Sir Temple’s home; thetemplebarpub.com), where ordering a pint will, of course, get you the local standby of Guinness.

Back across the Liffey, the Guinness Storehouse (guinness-storehouse.com), part of the active St. James’s Gate brewery that’s been churning out the dark, delicious brew since 1759, is a destination itself—part history museum, part beer wonderland and even part school where you learn that optimal ﬂavour, aroma and colour is achieved at 232°C (“roasted to a black state of perfection,” as the guide says), or, more importantly, how to pull a perfect pint (“the Guinness surge”). And, yes, “Guinness is good for you,” as the renowned slogan goes.

Beer, bars, bards. And books. At Trinity College (tcd.ie/visitors/book-of-kells), see the legendary Book  of Kells (the oldest book in the world, it was scribed in 800 AD and has existed longer than Dublin) and then visit the early-18th-century Long Room in the Old Library, a glorious, two-storey, wall-to-wall display of some 200,000 tomes. Find a spot amidst the constant crowds to be still and behold the collection. Afterwards, explore more back-in-time beauty: St. Patrick’s Cathedral (where Swift is buried) and the National Gallery of Ireland (where you can see canvases by Yeats, an accomplished painter as well as poet).

After gazing at a still life of Scottish-Irish painter William Scott in the National Gallery (nationalgallery.ie), cross the street to ﬁnd another one in the lobby of the Merrion Hotel (merrionhotel.com). With a private collection of 19th- and 20th-century art that’s set amidst the grand interiors of a restored Georgian building (with that Joyce statue in the courtyard), it’s as if you’re ensconced in Dublin’s artistic heart. — Barb Sligl

[GO] For more on Dublin: visitdublin.com. 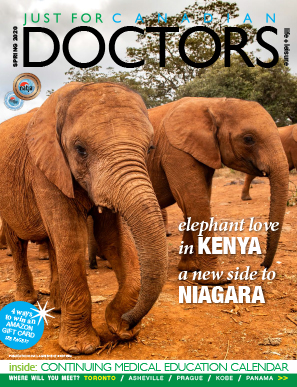